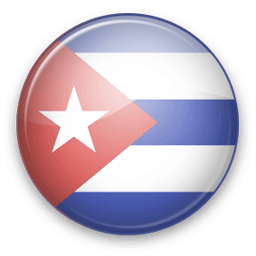 Cuba has for long ranked among the most suppressive environments in telecommunication technologies. Exceptionally high prices, slow connectivity and strict government regulations have crippled the use and access to the internet and mobile communication. That said, Cuba is also known to have the lowest mobile phone penetration rate with only 2.5 million citizens owning cell phones by the end of 2014. ETECSA a state-owned telecommunication company began to introduce reduced daytime cell phone rates and the cost of sending text messages. But, the cost of mobile service remains out of reach for most Cuban citizens. Moreover, due to poor internet connection most folks in possession of second generation mobile phones still find it difficult to browse the web.

Users are only allowed to use intranet provided by ETECSA, rather than the global internet. However, the recent restoration of diplomatic relations with Cuba with the US has paved way for US telecommunication companies to offer services to the island. This radical change eliminates Cuba's government from blaming low telecommunication and internet levels on the trade embargos. Citizens are now filled with optimism.

In support of the new regulations, Cuba has taken steps to improve telecommunication services and internet access. Over the year 2015, for example, the government opened 35 Wi-Fi access points charging lower prices and faster speed. Sadly, home and work internet connections are not allowed and even with public access to internet hot spots, costs are still as high as $2 per hour. Of course, it is much lower than the previous 10% of the monthly wage, but, we can all agree it should be lower. What's more, with the needs of a country with a population of 11 million people, this is just a drop in the ocean.

Some of the recent telecommunication developments in the market include:

While all such positive developments pave the way for a more liberal state in regards to telecommunication and internet access, the Cuban government continues to impose legal and institutional structures that limit who and how much internet is permitted.